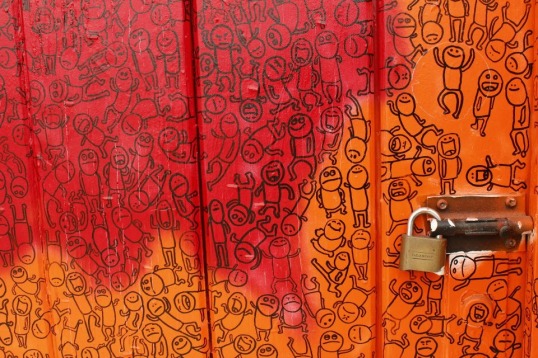 I took ONE real day off last week and drove down to Santa Barbara intending to walk around, shop, and eat.

And then some street art found me. Like it always does.

Walking close to the pier, I stumbled upon walls on walls of murals, which I found out belonged to Funk Zone, an organization that bills itself as a “unique arts, business and industrial district.”

I can attest to the arts part. I ended up taking photo after photo of these super cool murals. They were obviously given the space legally as they were detailed and well thought-out.

The one that impressed me the most was this one from artist Lincoln Liechti.

The colors automatically called out to me and when I got closer, the detail impressed me even more.

There were these little goofy, cartoon characters everywhere! Like when you see a bunch of frenzied, black ants climbing up a tree trunk. They all had at least slightly different facial expressions which made them tons of fun to look at. I could’ve stood there for hours but instead I took pictures to save for later. The artist seems like a really young guy which makes me even happier because it’s when you give space and free reign to young, creative minds that you get the next generation’s crop of fantastic artists. Here’s to stumbling upon awesomely unexpected. 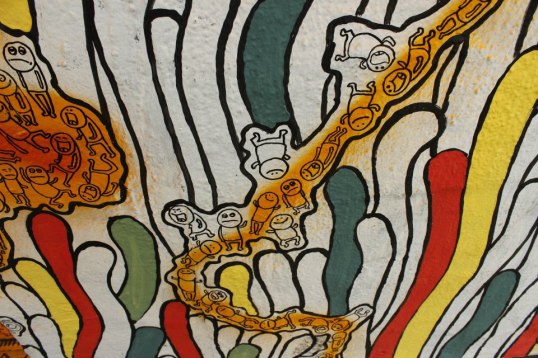 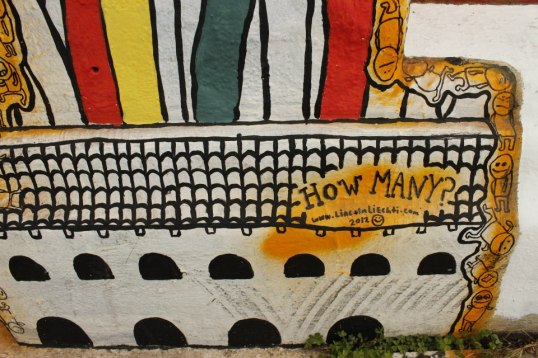