If you’ve ever been to Little Tokyo, you know how bumping it is on any given weekend. But the one place you should definitely check out, that won’t require you spending tons of money, is Hold Up Art. It’s a fairly new gallery that shows some awesome, intriguing contemporary art. The people there are super friendly and every show is different.

This past Friday there was a closing reception for the work of a painter and street artist named Cryptik and his show “Sacred Syllables.” He’s got a very recognizable style and I’ve seen his stuff on the street, too.  The show’s unfortunately over now but make sure to check out his site and swing by Hold Up to see some awesome stuff. I snapped some pictures of the show – not only was the art itself mesmerizing but the set-up was ambitious and made the show all the more memorable. The calligraphy you see everywhere is his own creation, influenced by everything from cholo writing to Sanksrit texts. The best part was that this writing was on plenty of surfaces, from candles to leaves. You might not be able to read it per se but it’s visually complex and only more captivating because of its mysterious quality. Check it out! 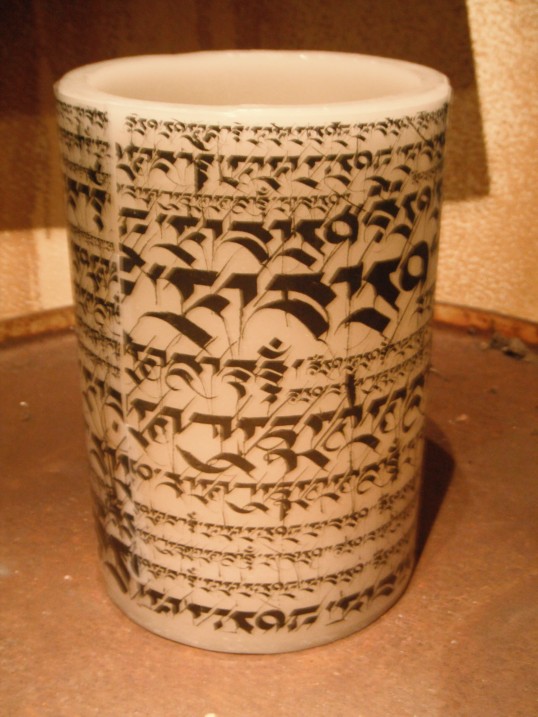 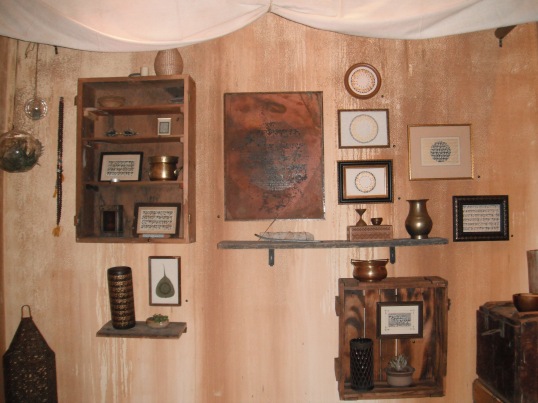